I don’t think any music lover would need the introduction of Jagit Singh and Chitra Singh. This duo was the most popular duo in the 70s-80s in the world of non-film music; especially ghazal. Jagjit Singh is the man who simplified and popularized this genre of music.

I don’t know of any family who didn’t listen to them in the yesteryears. My parents were a big fan of this duo and I am still a big fan. Although Jagit is no more, his music is immortal. His music will be there till the end of time.

This couple was the most popular singing duo—in the world of non-film music. They toured across the globe to cast their magic. As far as I remember, they have been around the world many times with their soulful music. I don’t know of any other duo who has seen such fame in those days.

But life played a dirty trick.

In 1991, while they were at the peak of their career, they lost their only son Vivek in a road accident. 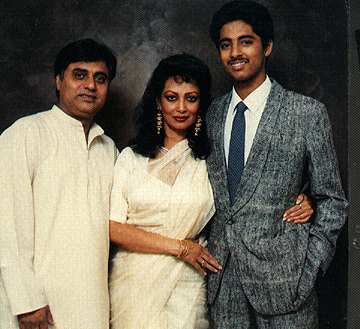 This shattered her Chitra and destroyed her career as she never sung after that accident. Jagjit also went through a long patch of depression but somehow rose up to another pinnacle. His songs, his voice had a different texture.

I was fortunate to meet Chitra twice and listen to this saga from her mouth. Their story has drastic turns caused by sheer fate. While Jagjit still rules the hearts of millions, Chitra has disappeared into oblivion.

I'm a Creative Pro, Healer, and Changemaker View all posts by Agastya Kapoor

9 thoughts on “Ghazal, Fame And Tragedy”